How to Play Hardball with IRS Examiners by Peter J Reilly 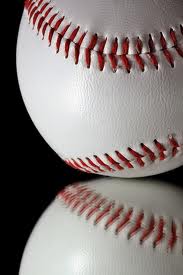 Document requests from examiners when audits are initiated will often seem rather intimidating.  When representing substantial clients, we often attempt to actually give them everything they ask for in a neatly cross-referenced  book.  Knock on wood, that has resulted in quite a few no-changes in the last several years.  Exams is the paper tiger of the IRS.  They can drive a taxpayer who wants to be compliant insane, but they can’t really do anything to you other than ultimately send you a bill in the form of a statutory notice of deficiency. You have ninety days to appeal that determination in Tax Court.  Then exams is done with you.  It is collections that can hurt you with liens and levies if you don’t pay, but they generally must give you notice of your right to a collection due process hearing before they do that.  You can also appeal the result of that hearing to Tax Court.  As my father used to say, though, discretion is the better part of valor.  Life is probably easier if you are cooperative with exams.  Not everybody agrees with that philosophy as the recent case US v Gerisch in the Southern District of California illustrates.  If you want to play hardball with exams, this case shows you how.

Revenue Agent Mark Lucia wanted to examine the records of Proteus Dimensional Technologies.  Apparently the company was less than cooperative, because Agent Lucia was required to get a Court order enforcing a summons on April 5, 2011:

The Gehrisches complied with the Court order, but not quite to the satisfaction of Agent Lucia:

So the IRS is back in Court trying to have Christopher and Matthew Gehrisch held in contempt.  The Court denied the IRS motion, although without prejudice:

Here, the Court finds the Gerisches have technically not violated the Court’s April 5, 2011 order. As they point out in opposition to the government’s motion , the order required the Gehrisches to produce documents pursuant to the summons, which seeks the documents “for examination.” The order does not specifically state the Gehrisches must give copies to Revenue Agent Lucia to take back to his office. In addition, the order requires the Gehrisches to produce the documents to Revenue Agent Lucia on April 25, 2011. It does not require them to do anything on any other date. Therefore, the Gehrisches have substantially complied with the technical letter of the Court’s order, and the Court DENIES the government’s motion for contempt sanctions.

The Court is not done with the Gehrisches though:

Nonetheless, the IRS is entitled to pursue its investigation of the of the income tax liability of Proteus Dimensional Technologies (“Proteus”) for the tax year 2008, and is entitled to enforcement of its summonses to Christopher and Matthew Gehrisch. Therefore, the Court concludes the Gehrisches must provide copies of the documents to Revenue Agent Lucia to review, at his office, and to cooperate and provide additional documents and/or testimony to Revenue Agent Lucia in a timely manner if requested.

We can’t tell from what is here what the year end of Proteus is or whether it extended its 2008 return.  Just for laughs, let’s assume that it was a December year-end that was not extended and filed timely.  Will Agent Lucia soon be asking for a statute extension ?  What are the odds on that ?

I absolutely do not recommend this type of behaviour, but there it is.