Speaking at the American Institute of CPAs’ National Tax Conference, Shulman described some of the IRS’s latest moves, including ones influenced by the AICPA. The AICPA wrote to Shulman last month asking the agency to reconsider its plans for fingerprinting tax preparers as part of its effort to regulate the tax preparation profession.

“We have received input on the recent background check END_OF_DOCUMENT_TOKEN_TO_BE_REPLACED 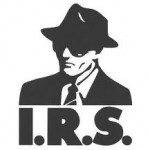 IRS Commissioner Doug Shulman spoke at the AICPA Fall Meeting on November 8, 2011, and shared information that will impact the future of tax professionals. In 2010, the IRS implemented the Return Preparer Program, an initiative requiring all tax preparers to register with the IRS and obtain a PTIN. This program also requires preparers that are not attorneys, CPAs or enrolled agents to complete the Registered Tax Return Preparer Competency exam and complete continuing education.