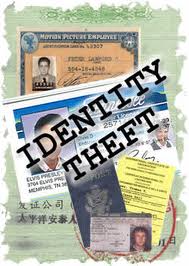 More than 200 Actions Taken in Past Week in 23 States

WASHINGTON – The Internal Revenue Service and the Justice Department today announced the results of a massive national sweep cracking down on suspected identity theft perpetrators as part of a stepped-up effort against refund fraud and identity theft.

Working with the Justice Department’s Tax Division and local U.S. Attorneys’ offices, the nationwide effort targeted 105 people in 23 states. The coast-to-coast effort took place over the last week and included indictments, arrests and the execution of search warrants involving the potential theft of thousands of identities and taxpayer refunds. In all, 939 criminal charges are included in the 69 indictments and informations related to identity theft.

In addition, IRS auditors and investigators conducted extensive compliance visits to money service businesses in nine locations across the country in the past week. The approximately 150 visits occurred to help ensure these check-cashing facilities aren’t facilitating refund fraud and identity theft.

“This unprecedented effort against identity theft sends a strong, unmistakable message to anyone considering participating in a refund fraud scheme this tax season,” said IRS Commissioner Doug Shulman. “We are aggressively pursuing cases across the nation with the Justice Department, and people will be going to jail. This is part of a much wider effort underway at the IRS to help protect taxpayers.”

“The Justice Department is working closely with the IRS to investigate, prosecute, and punish tax refund crimes committed through the theft of identities,” said Principal Deputy Assistant Attorney General John A. DiCicco of the Tax Division. “Now, more than ever, we must remain vigilant against the unauthorized use of identification information to defraud the U.S. government.”

The national effort is part of a comprehensive identity theft strategy the IRS has embarked on that is focused on preventing, detecting and resolving identity theft cases as soon as possible. In addition to the law-enforcement crackdown, the IRS has stepped up its internal reviews to spot false tax returns before tax refunds are issued as well as working to help victims of the identity theft refund schemes.

The law-enforcement sweep started last week across the country, reflecting investigative efforts stretching back months and even years.

The nationwide effort by the Justice Department and the IRS led to actions taking place in 23 locations across the country with 105 individuals. The actions included 80 complaints/indictments and informations, 58 arrests, 19 search warrants, 10 guilty pleas and four sentencings. A map of the locations and additional details on the actions are available on IRS.gov, the IRS Civil and Criminal Actions page and the Department of Justice Tax Division page.

Beyond the criminal actions, the IRS enforcement personnel conducted a special sweep last week and on Monday to visit 150 money services businesses to help make sure these businesses are not knowingly or unknowingly facilitating identity theft or refund fraud. The visits occurred in nine high-risk places identified by the IRS covering areas in and surrounding Atlanta, Birmingham, Ala., Chicago, Los Angeles, Miami, New York, Phoenix, Tampa and Washington, D.C.

In addition, the IRS has more than 250 check-cashing operations under audit across the country and will be looking for indicators of identity theft as part of the exam effort.

The information from these audits and compliance visits will be used to assist continuing IRS investigations into refund fraud and identity theft.

The IRS also is taking a number of additional steps this tax season to prevent identity theft and detect refund fraud before it occurs. These efforts includes designing new identity theft screening filters that will improve the IRS’s ability to spot false returns before they are processed and before a refund is issued, as well as expanded efforts to place identity theft indicators on taxpayer accounts to track and manage identity theft incidents.

To help taxpayers, the IRS earlier this month created a new, special section on IRS.gov dedicated to identity theft matters, including YouTube videos, tips for taxpayers and a special guide to assistance. The information includes how to contact the IRS Identity Protection Specialized Unit and tips to protect against “phishing” schemes that can lead to identity theft.

Identity theft occurs when someone uses another’s personal information without their permission to commit fraud or other crimes using the victim’s name, Social Security number or other identifying information. When it comes to federal taxes, taxpayers may not be aware they have become victims of identity theft until they receive a letter from the IRS stating more than one tax return was filed with their information or that IRS records show wages from an employer the taxpayer has not worked for in the past.

If a taxpayer receives a notice from the IRS indicating identity theft, they should follow the instructions in that notice. A taxpayer who believes they are at risk of identity theft due to lost or stolen personal information should contact the IRS immediately so the agency can take action to secure their tax account. The taxpayer should contact the IRS Identity Protection Specialized Unit at 800-908-4490. The taxpayer will be asked to complete the IRS Identity Theft Affidavit, Form 14039, and follow the instructions on the back of the form based on their situation.