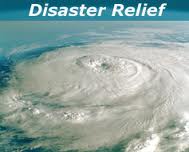 The tax relief postpones certain tax filing and payment deadlines to Oct. 31, 2011. It includes corporations and businesses that previously obtained an extension until Sept. 15, 2011, to file their 2010 returns and individuals and businesses that received a similar extension until Oct. 17. It also includes the estimated tax payment for the third quarter of 2011, which would normally be due Sept. 15.

Full details, including the start date for the relief in various locations and information on how to claim a disaster loss by amending a prior-year tax return, can be found in tax relief announcements for individual states on this website.

The tax relief is part of a coordinated federal response to the damage caused by the hurricane and is based on local damage assessments by FEMA. For information on disaster recovery, individuals should visit disasterassistance.gov.

So far, IRS filing and payment relief applies to the following counties and municipalities:

In Massachusetts: Berkshire and Franklin;

In New Hampshire: Carroll and Grafton;